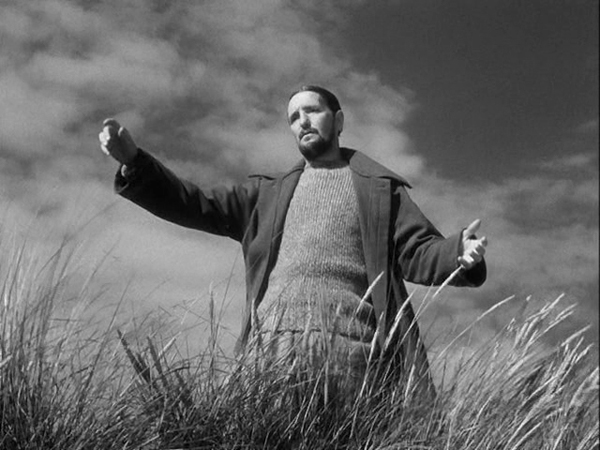 In 1926, Carl Th. Dreyer arrived in Paris, the laboratory of European cinema at the time. to shoot a film on Joan of Arc. He didn’t want to make a traditional historical account of the young woman’s trial. He decided to tell the trial over a single day. Every shot was chronologically filmed. The film-maker insisted that the actors didn’t make themselves up. He preferred the natural nudity of the human face, which is the most accurate way to truly depict men’s passions.

His reputation as an artist was matched by his reputation as a fanatical perfectionist, and his career was dogged by problems with the financing of his films, which led to large gaps in his output – and after the critics, too, denounced Vampyr (1932), he returned to journalism.

From 1943 to 1964, he only made three long features. Although his penultimate film, Ordet (1954) brought him international recognition – he was awarded the Gold Lion at the Venice Film Festival. His last film, Gertrud (1964), was coldly welcomed.

How do we understand faith and prayer, and what of miracles? August 1925 on a Danish farm. Patriarch Borgen has three sons: Mikkel, a good-hearted agnostic whose wife Inger is pregnant, Johannes, who believes he is Jesus, and Anders, young, slight, in love with the tailor’s daughter. The fundamentalist sect of the girl’s father is anathema to Borgen’s traditional Lutheranism; he opposes the marriage until the tailor forbids it, then Borgen’s pride demands that it happen. Unexpectedly, Inger, who is the family’s sweetness and light, has problems with her pregnancy. The rational doctor arrives, and a long night brings sharp focus to at least four views of faith.