Ride of the Valkyries

Richard Wagner  – beyond the mind

“We have to go far above the mind to where there is eternal peace, eternal wisdom and eternal light.» (Sri Chinmoy)

Was there anything Richard Wagner couldn’t do? He wrote enormous operas (story, words and music), conducted them and designed the sets. He even invented instruments and developed many of the theatrical conventions we still use today. The orchestra sit below the stage in a theatre ‘pit’ because Wagner decided it would sound better. We dim the lights in the audience because Wagner thought it would focus us more on the action. Wagner was a true theatrical genius in control of all aspects of his work.

During his early career, Wagner would write an opera and get into enormous debt getting it ready for the stage. When it opened he would move on to the next project in the next town, leaving all his debts and chaos behind him. In 1871 he settled in the town of Bayreuth, Germany and it was here that he had his biggest success with the ‘Ring Cycle’ – a series of four operas, each one over four hours long, that are performed on four consecutive nights. The Bayreuth Festival continues to this very day and is still managed by members of Wagner’s family. 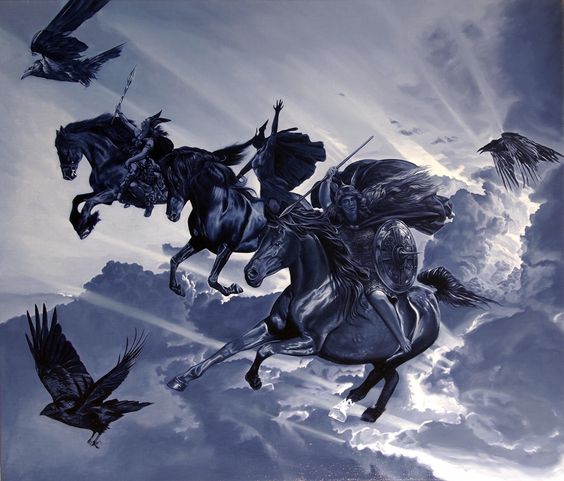 Una respuesta a Ride of the Valkyries