Not for her the husky forcefulness of Lauren Bacall, the provocative artifice of Marilyn Monroe, the dizzy panache of Shirley Maclaine. Her appeal lay precisely in the fact that she never set herself up as a sex symbol, and laid no claim to the crown of a screen goddess. There was something of Cinderella about her – a modern Cinderella whose Prince Charmings were usually old enough to be her father.

And, indeed, Sabrina, Billy Wilder’s delightful romantic comedy starring Hepburn, Humphrey Bogart, and William Holden, is a sort of Cinderella story, with a chauffeur’s daughter who is transformed into the belle of the ball and dances with the prince — except that the «prince» is, if not a beast, at least a shallow cad, while the real love interest is almost more a frog than a prince.

In Sabrina, Hepburn gets to play the fairy tale the traditional way, and, despite its complications, the story ends the way fairy tales are meant to. 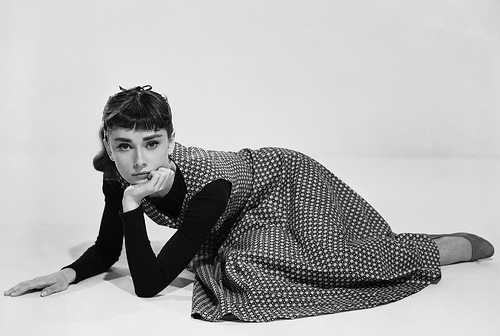