Abstract Expressionism marks the shift of focus of modern art from Europe to the United States. The movement began post-world war II. Although the exact date of its start is unclear, the first use of the name «Abstract Expressionism» in regards to American Artists was in 1946 by art critic Robert Coates.

Pollock was one of the main artists of the Abstract Expressionism movement. Influenced by the Native Americans, Pollock‘s style known as «action painting» was typified by laying a canvas on the ground and dripping paint onto the canvas using brushes, sticks and even basting syringes.

He was another significant painter from Abstract Expressionism. Similar to Pollock, but de Kooning focuses on figures and achieves his «action» through agressive and bold marks opposed to Pollock‘s drips and splatters. Unlike most AbEx artists, de Kooning lived a long life dying in 1997 at the age of 92.

A close observer of the painting of Willem de Kooning, in 1946 Kline began to generalize his subjects, creating compositions that emphasized calligraphic line. Studies in ink on paper reinforced the artist’s taste for a palette reduced to black and white. When his friend de Kooning enlarged these sketches with the aid of a Bell-Opticon projector in 1948, it allowed Kline to see the strokes blown-up into powerful abstract gestures. This affirmed his awareness of the dramatic and expressive potential of the sketch—but one designed in a monumental scale. Using a limited palette of black in thick, rugged lines painted with large housepainter’s brushes on white ground, Kline arrived at his signature style in 1950. 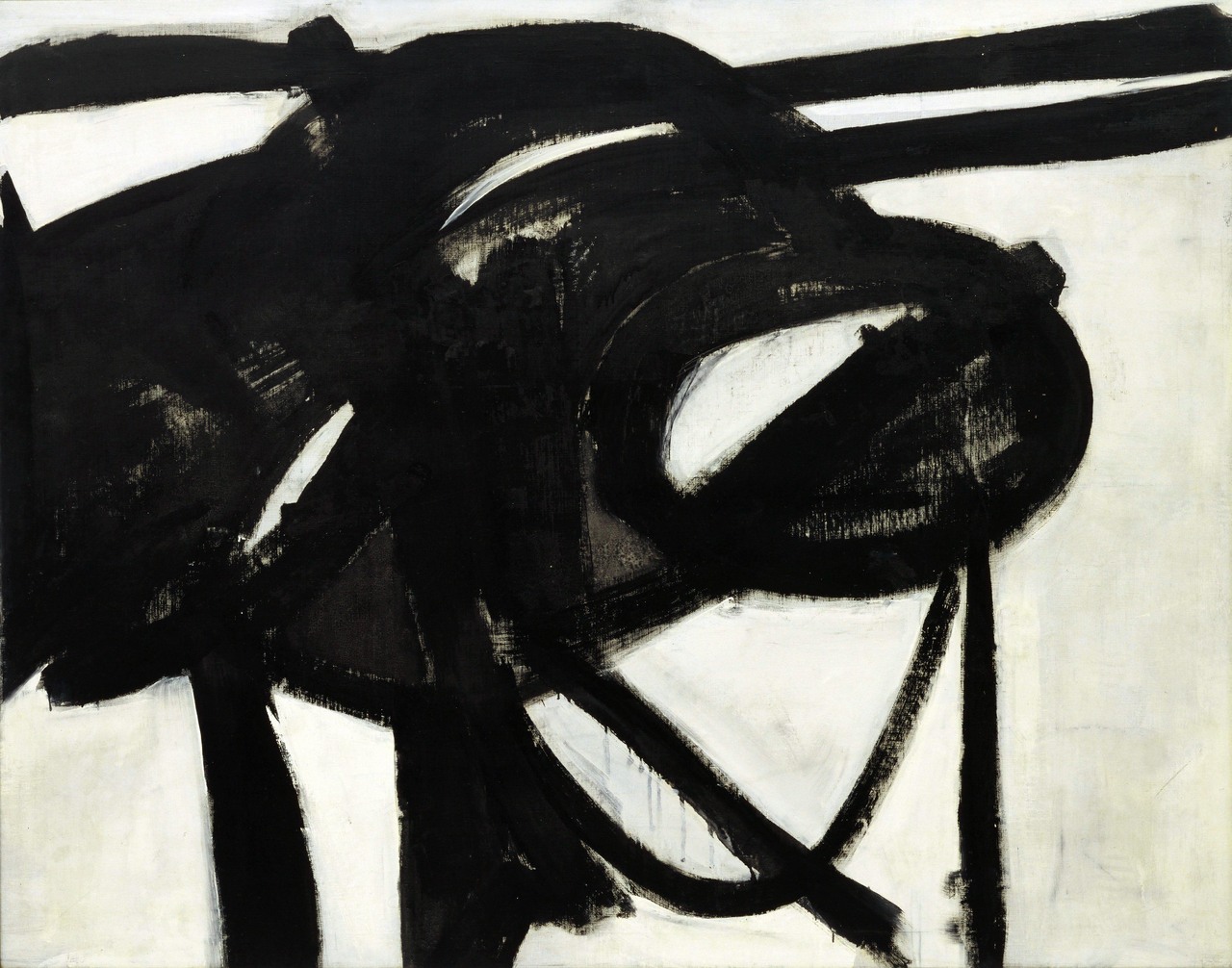