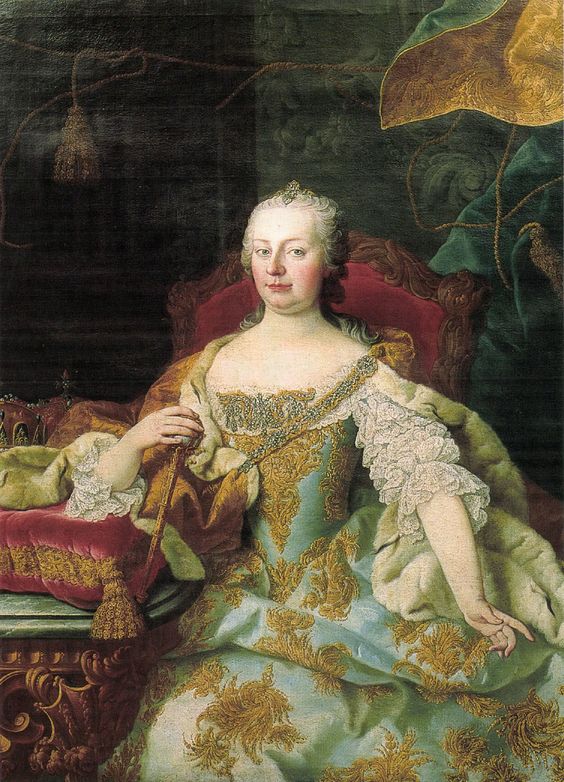 The second and eldest surviving child of Holy Roman Emperor Charles VI and Elisabeth Christine of Brunswick-Wolfenbüttel, Archduchess Maria Theresa was born early in the morning of 13 May 1717, at the Hofburg Palace, Vienna, shortly after the death of her elder brother, Archduke Leopold, and was baptised on that same evening.

During the 18th century, the Holy Roman Empire and the powerful Habsburg Monarchy of Austria were led by the ever-persistent Maria Theresa, who defied the European powers opposed to her reign and bravely served the subjects of her kingdom. In nearly 650 years of Habsburg rule, Maria Theresa was the first and only female to ever lead the empire, and she proved to be among the most successful rulers in their history.

Traditionally, the ruler of the Austrian Habsburg domain was also the ruler of the Holy Roman Empire, a designation bestowed by the Pope. However, as was the case with her ascension to the Habsburg throne, laws of the time dictated that a woman could not be elected Holy Roman Empress. To circumvent this regulation, Maria Theresa named her husband, Francis Stephen, as co-ruler of her lands in Austria and Hungary, allowing him to be named Holy Roman Emperor and she his empress consort. Although this relationship as a consort would normally imply a lesser position of authority, Francis Steven bowed to the wisdom and guidance of Maria Theresa, who handled all matters of rule personally.

MariaTheresa is viewed today as a wise, contemplative leader, whose conservative policies and careful judgment improved the welfare of the Austrian people as well as those within the Habsburg dominion. Although she inherited the throne during a tumultuous period, with little personal experience in governing, she managed to secure her crown and assertively rule the Habsburg monarchy for 40 years.

She married Francis Stephen of Lorraine and had sixteen children, including Queen Marie Antoinette of France, and two Holy Roman Emperors, Joseph II and Leopold II.