This painting depicts the burial of Courbet’s great uncle in the small French town of Ornans, and it is considered to be one of the turning points in French art. The painting depicted the scene with an unflattering air, and it did not romanticize the depictions of grief and mourning, as in traditional Romantic paintings. Critics of the piece decried both the style of the painting as well as the size. At 10 feet tall by 22 feet wide, the size of the canvas was typically reserved for religious or heroic scenes, and the painting critics said was intentionally ugly and harsh. For the subjects in the painting, Courbet also used the real people who had actually been at the burial, rather than actors used as models for the art. As it had such a deleterious effect on the Romantic style of painting, it could also be easily called “The Burial of Romanticism,” as Coubert himself said: “The Burial at Ornans was in reality the burial of Romanticism.”

Realism in France appears after the 1848 Revolution. Seeking to be undistorted by personal bias, Realism believed in the ideology of objective reality and revolted against the exaggerated emotionalism of the romantic movement. Its leading proponent was Gustave Courbet, whose paintings of menial labor and ordinary people exemplify his belief that painters should depict only their own time and place. 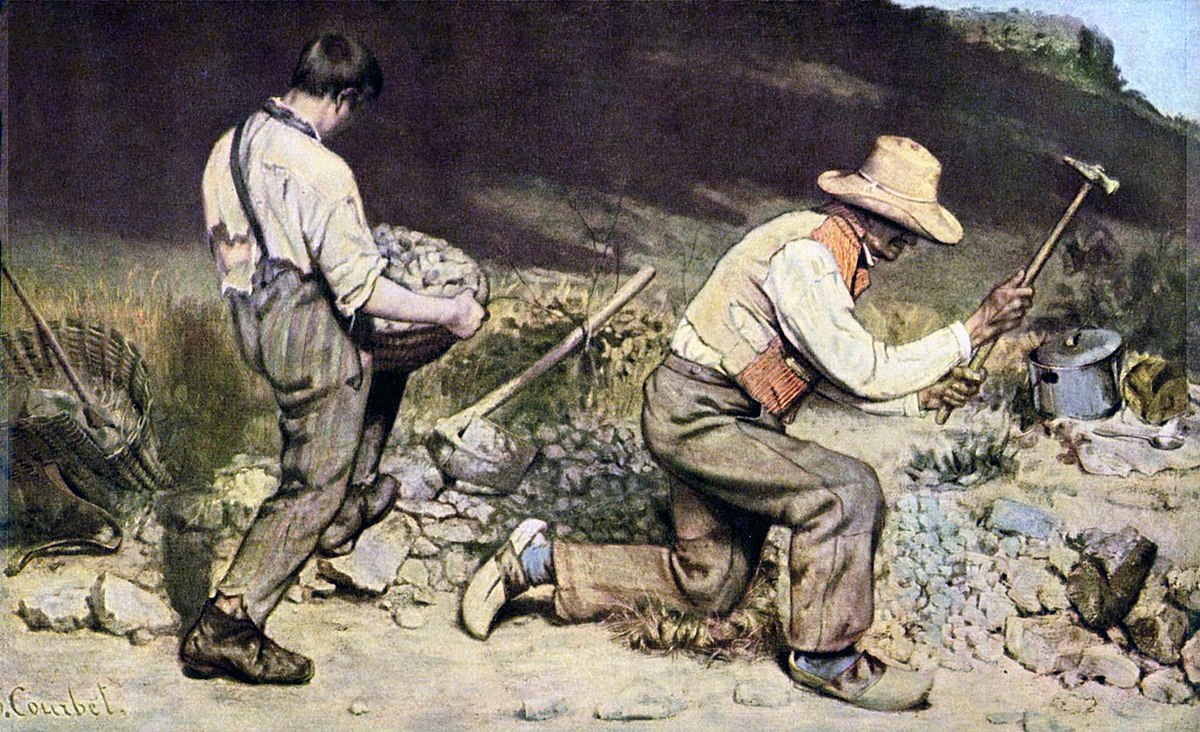 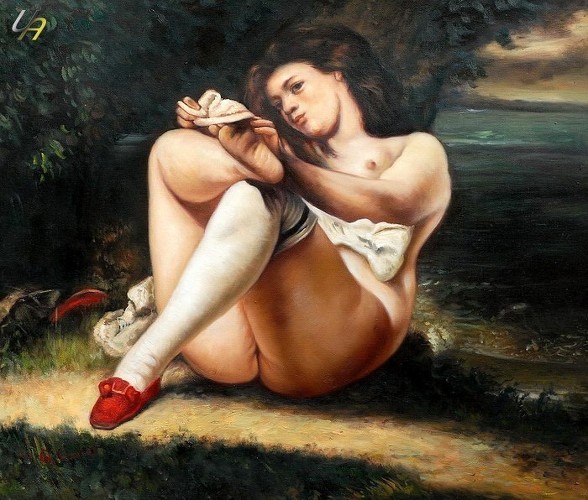