The death of Toulouse-Lautrec in 1901 and the abandonment of poster art by Mucha and Cheret (who both turned to painting) left a void in France in the new century. The void was filled by a young Italian caricaturist named Leonetto Cappiello, who arrived in Paris in 1898.

Strongly influenced by Cheret and Toulouse-Lautrec, Cappiello rejected the fussy detail of Art Nouveau. Instead he focused on creating one simple image, often humorous or bizarre, which would immediately capture the viewer’s attention and imagination on a busy boulevard. This was the beginning of a new era in poster design and in many ways the beginnings of modern advertising principles.

In 1923, a Parisian hurrying by the poster-appliquéd walls and hoardings of his city might have had his eye drawn to a large horizontal poster. The central image was dramatically simple: a starkly drawn, well-muscled black figure posed against a radiant yellow background holds a woodsman’s axe upraised to the full length of his rippling arms. The spectator awaits the woodcutter’s coup de grace to a tree held by its final fibre to a well-hewed stump.

Given its strongly allegorical tone, the poster might have been taken as an exhortation by one of the revolutionary organizations of the time urging the French proletariat to fell a symbolic class foe. In point of fact, the poster’s message was considerably less inflammatory. For just below the Herculean woodsman, the angular, decorative lettering informed the viewing public that the blow to be struck was a no-nonsense advertisement for Au Bucheron (The Woodcutter), a prominent Parisian furniture store. Forthrightly—even clumsily—lettered at the lower left of the poster was the name of Adolphe Mouron Cassandre, a young artist-designer making his first appearance among a select and aesthetically tired community of poster designers.

The leap from the Bucheron poster in 1923 to the succeeding one for Pi Volo aperitif embraced a quantum jump. This poster, with its fusion of bird, glass, light and dark forms and its art deco lettering, demonstrates that Cassandre had assimilated the revolutionary ideas of shape and interpenetration of form developed in the cubist and abstract paintings of Gris, Braque, and Picasso. 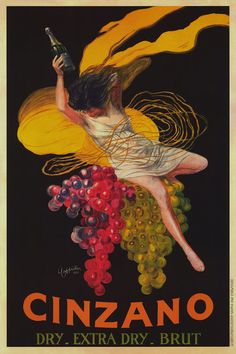 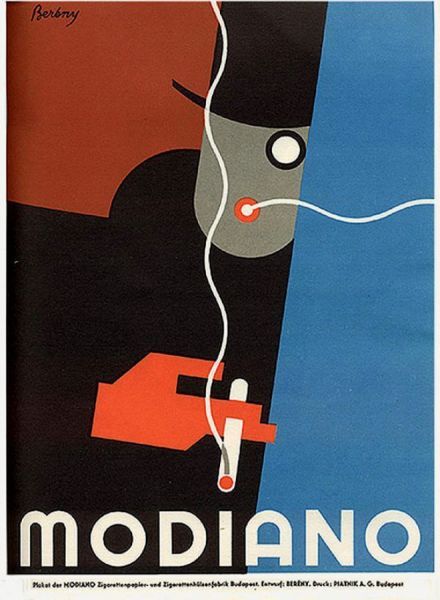