The Master of Light

Jan Vermeer is one of the most popular artists of all time. The «Sphinx of Delft» was rediscovered in the 19th century; in the 20th, his work was seen as the epitome of artistic perfection. About 35 pictures survive, mainly interiors. We know next to nothing about Vermeer. We don’t think he ever left Delft, though we can’t be sure. We don’t know whom he studied with. The few references to him by his contemporaries make clear only that he was well regarded and headed the local painters’ guild. He left behind no drawings, no prints, no unfinished works, no letters. Even though he lived in the 17th century, Vermeer’s pictures have a cool, silent precision that can be emulated by photographers. In fact, it seems very likely Vermeer used a camera obscura in his work. He doesn’t just look photographic – he is a pioneer of photographic art.

Jan Vermeer’s masterpiece, Girl with a Pearl Earring, sometimes called “the Dutch Mona Lisa,” is not a portrait, but a ‘tronie’ – a painting of an imaginary figure. Tronies depict a certain type or character; in this case a girl in exotic dress, wearing an oriental turban and a large pearl in her ear. Johannes Vermeer  was the master of light. This is shown here in the softness of the girl’s face and the glimmers of light on her moist lips. And of course, the shining pearl.

Girl with a Pearl Earring_1665

Woman with a Pearl Necklance_1664 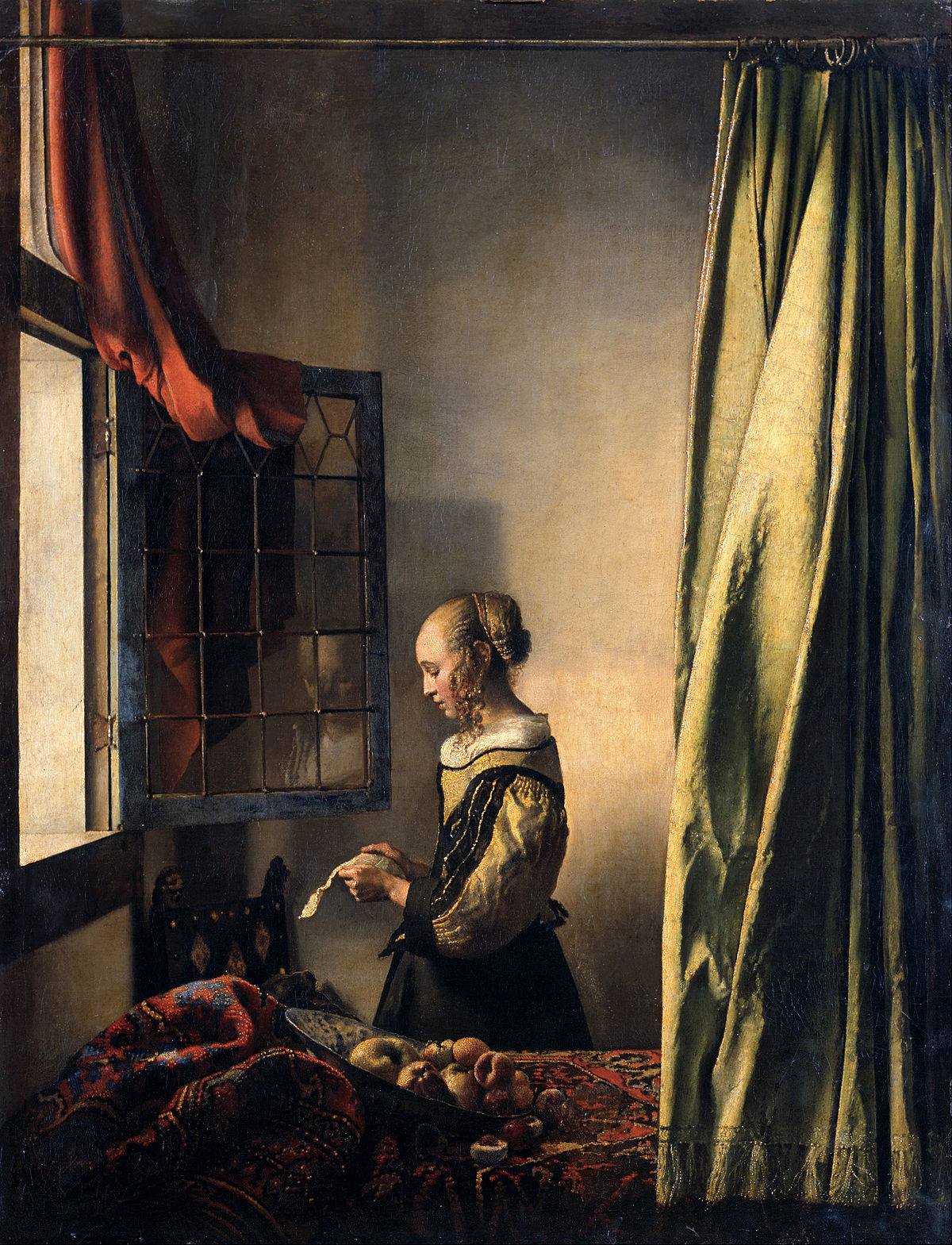