«If each photograph steals a bit of the soul, isn’t it possible that I give up pieces of mine every time I take a picture?»

Richard Avedon was born in New York; his father owned a shop on Fifth Avenue. At 12 years old, he joined the YMHA camera club – an early photograph shows him with his Kodak Box Brownie in Central Park in 1935. He started working for Harper’s Bazaar in 1945, where he remained for 20 years before defecting to Vogue along with the magazine’s new editor, Diana Vreeland. He stayed there until 1988, carving out a parallel career in political and social reportage. He documented the emerging civil rights movement in the American south, and photographed students and activists during the Vietnam war.

For Avedon, models weren’t static beauties; they were athletic, full of energy and movement. One of his favourite models of the 1950s, Suzy Parker, once said, «He’s the most wonderful man in the business, because he realises that models are not just coat-hangers.»

He photographed everyone from Charlie Chaplin and Buster Keaton to Marilyn Monroe, Dorothy Parker and the Duchess of Windsor as well as a lot of «unknown» people. 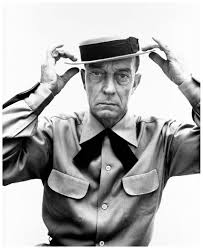