“Monet is only an eye, but my God, what an eye.» -Paul Cezanne

Claude Monet (1840-1926) exemplified Impressionism more completely and pushed it further than any other painter. The style’s radicalism lay in the determination to paint not just reality but the seeing of reality, the act of perception itself, by showing how light, especially bright light, tended to dissolve the colors and forms of the world. The key to this effect lay in spontaneous, broken, skipping brushwork — preferably registered in paint applied in front of the subject, en plein air.

The impressionist artistic style had its formal launching in 1874, when a group of Parisian artists mounted an exhibit at the studio of photographer/journalist Felix Nadar. A group of artists composed of Claude Monet, Edgar Degas, Camille Pissarro, and a few others organized the group during the latter part of 1873 and were subsequently joined by Paul Cezanne, Auguste Renoir, Alfred Sisley and Berthe Morisot among the noted artists of the time. A total of 30 artists participated in the exhibit. They exhibited together eight times between 1874 and 1886.

Edouard Manet (1832-1883) did not exhibit with the group, but works such as his The Luncheon on the Grass (Le Déjeuner sur l’herbe) had an important influence on the younger painters during the 1860s. During the early 1870s, Manet was on friendly terms with the impressionists and adopted some of the same outdoor subjects.

Claude Monet’s Impresssion, Sunrise exhibited in 1874, gave the Impressionist movement its name when the critic Louis Leroy accused it of being a sketch or “impression,” not a finished painting.

Little Bridge on the Voisne, Osny_1883 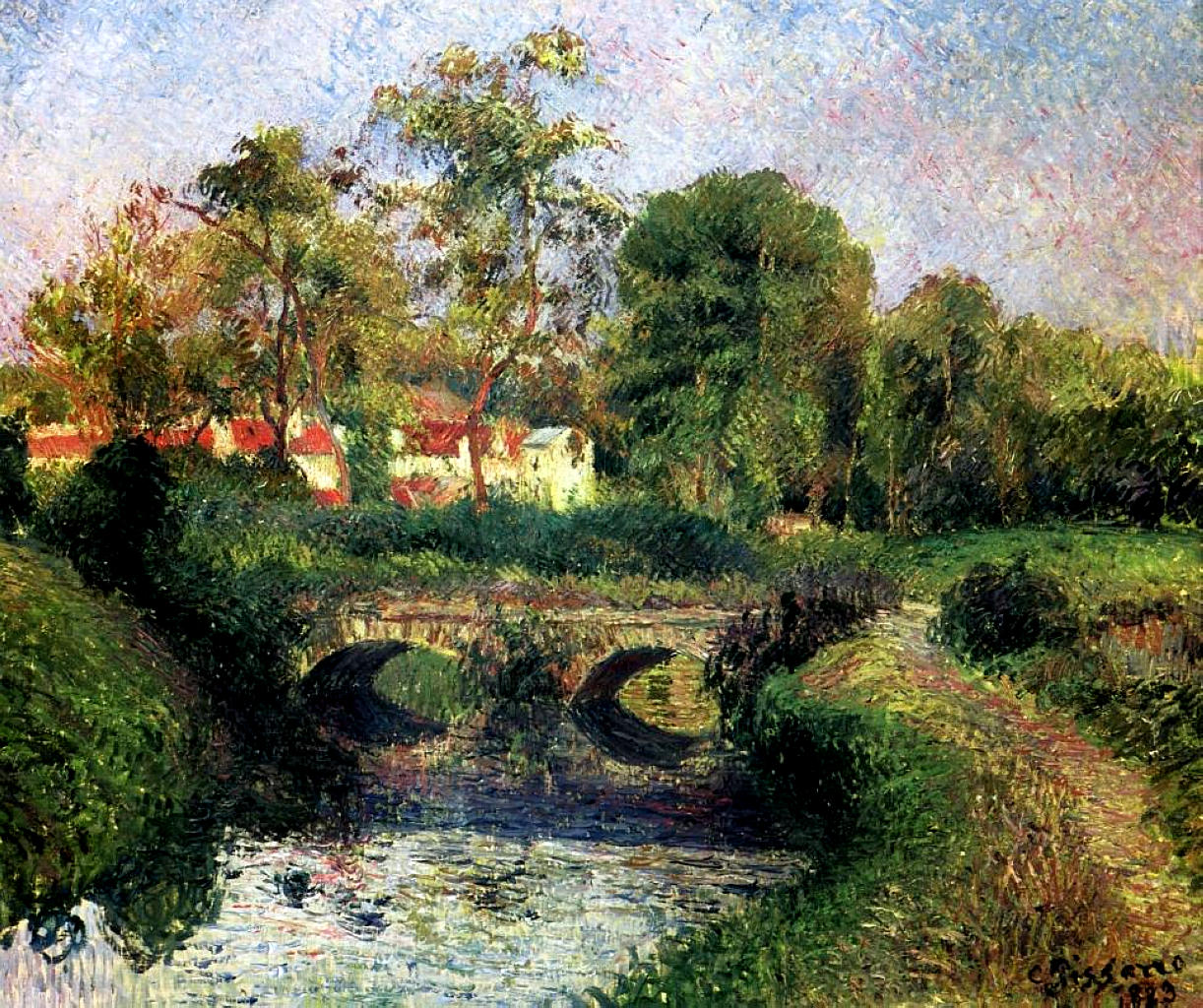