Mohandas K. Gandhi was a Hindu leader in India’s quest for independence from Britain and was a prime apostle of nonviolence — “passive resistance” — as a way to achieve political and social goals. Gandhi was looked upon as a saint by many of his followers and was popularly known as “mahatma,” which is Sanskrit for “great soul.” The image of this small man wearing nothing but a loincloth and shawl and standing up to the great colonial power of Britain gained him, and his cause, worldwide attention.

Gandhi was born on Oct. 2, 1869, at Porbandar on the Kathiawar peninsula of India. At age 19 he went to London, where he studied at University College and was called to the bar by the Inner Temple. In 1893, he accepted a position as a legal adviser with an Indian firm having interests in South Africa, where he found that Indian immigrants were denied civil liberties and political rights. It was during his 20 years in South Africa that he began teaching the policy of passive resistance in his struggle for human rights.

Gandhi returned to India in 1915, he began advocating passive resistance against Britain as a means to achieve home rule. He became the international symbol of a free India. In his pursuit of independence, he would become accustomed to spending time in prison.

Gandhi believed that through his and his followers’ practice and advocacy of nonviolence Britain would eventually consider violence useless and would leave India — which it finally did in 1947. The next year, he was assassinated by a Hindu fanatic.  His funeral procession and cremation were witnessed by about a million people. 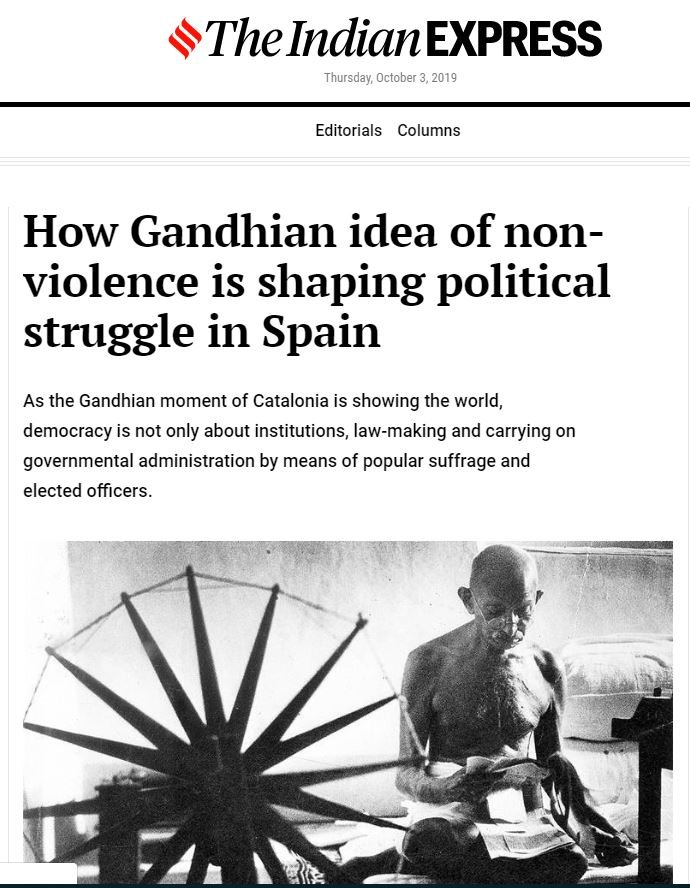