5th President of the United States

The continuing growth of the domestic economy – combined with satisfaction at the perceived «victory» over the British, led to the Monroe era being known as «The Era of Good Feelings«. Monroe himself was sturdy and charismatic, and, as the last major political figure to have fought in the war of independence (hence the «Last Cocked Hat» nickname), he proved a popular president; his popularity even survived a serious recession in 1819. In 1820 he was re-elected with all but one of the electoral college votes.

Apart from his purchase from Spain of the rest of Florida  in 1819, he is best-known for the Monroe Doctrine, which he articulated in 1823 in response to fears that the European powers would help Spain to reconquer her former colonies in South America. «The American continents,» he stated, «by the free and independent condition which they have assumed and maintain, are henceforth not to be considered as subjects for future colonisation by any European Power.»

He also signed the Missouri Compromise (1820), whereby the balance between slave and non-slave states was maintained despite the admission of Missouri to the Union and the 36°30′ parallel was established as the boundary above which slavery would not be permitted.

James Monroe died in New York City on July 4, 1831, the third president to die on the anniversary of Independence. 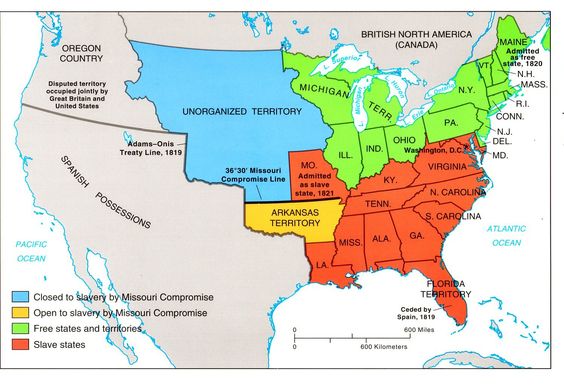