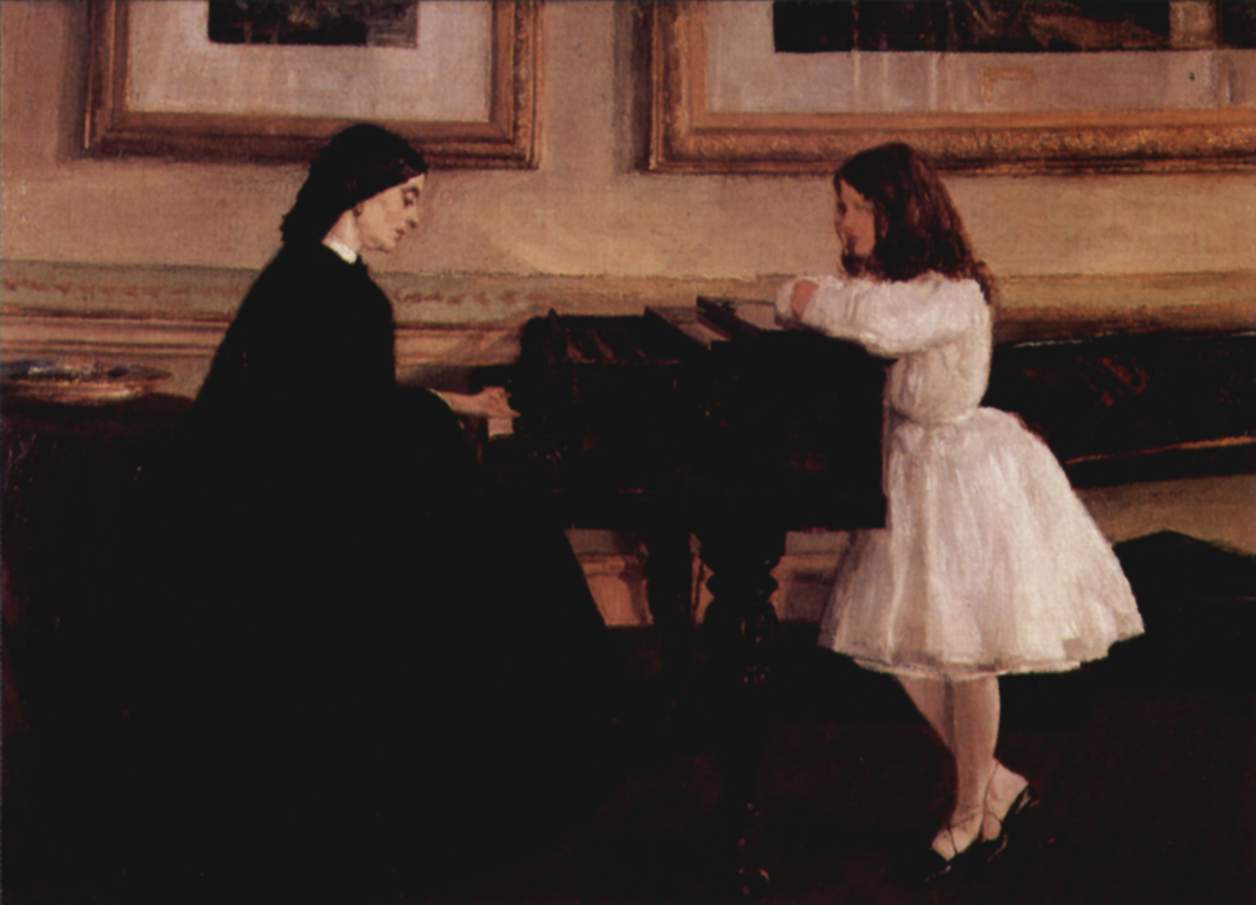 Whistler: A Life for Art’s Sake

Oscar Wilde: I wish I had said that.
Whistler: You will, Oscar, you will.

James Abbott McNeill Whistler was born in in 1834 in Lowell, Massachusetts, the third son of West Point graduate and civil engineer Major George Washington Whistler, and his second wife Anna Matilda McNeill. Whistler soon became an inveterate traveller. He arrived in Paris in 1855, rented a studio in the Latin Quarter, and quickly adopted the life of a bohemian artist.

After Whistler’s At The Piano_1859 was rejected at the Salon of 1859 he moved to London, but often returned to France. At the Piano was well received at the Royal Academy exhibition in 1860 and he soon made a name for himself, not just because of his talent, but also on account of his flamboyant personality.

Whistler won considerable success in Paris when Symphony in White, Nº.1: The White Girl_1862 was shown at the Salon des Refusés in 1863. This famous painting shows that if he was an exponent of realism, he was also attracted by the Pre-Raphaelite movement, which had begun in England in 1848.

When he exhibited his 1875 painting Nocturne in Black and Gold: The Falling Rocket, a sort of anti-Turner in its arbitrary spattering of sparks and smoke, he outraged the chief moralist of art, John Ruskin. «I have seen, and heard, much of cockney impudence before now,» railed Ruskin, «but never expected to hear a coxcomb ask 200 guineas for flinging a pot of paint in the public’s face.» Thus, more than a century ago, the precocious Whistler managed to set the tone for every subsequent row over modern art’s supposed contempt for the public.

Finding a parallel between painting and music, Whistler titled many of his paintings «arrangements», «harmonies», and «nocturnes», emphasizing the primacy of tonal harmony. His most famous painting is Whistler’s Mother_1871, the revered and oft parodied portrait of motherhood. Whistler influenced the art world and the broader culture of his time with his artistic theories and his friendships with leading artists and writers. 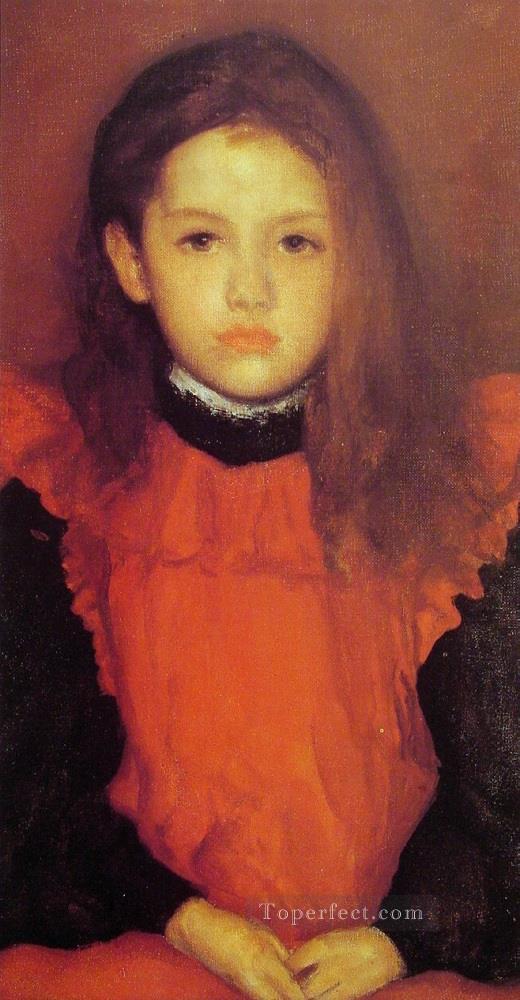 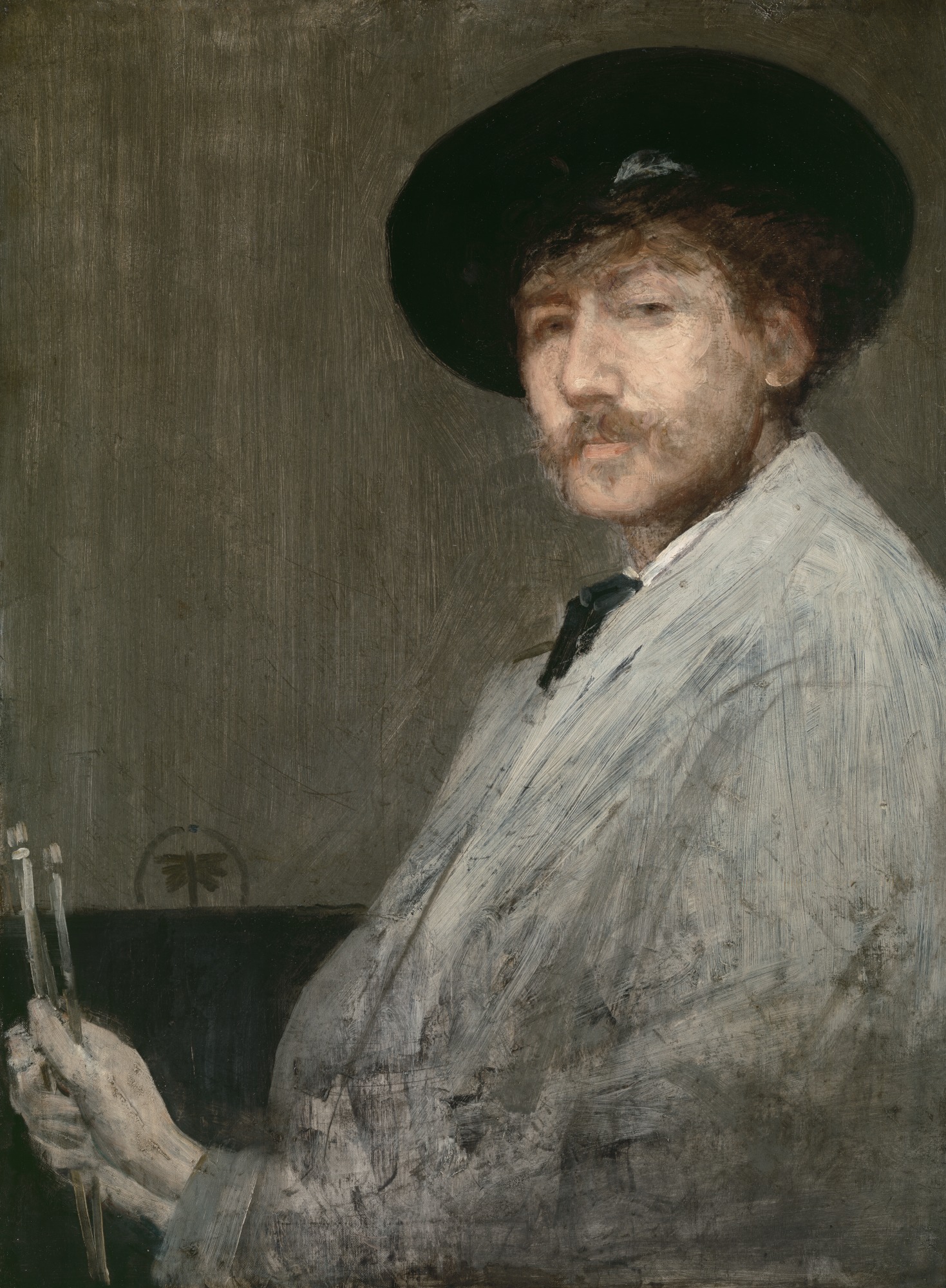