Francisco de Goya y Lucientes  was 78 years old, stone-deaf and impoverished when, in 1824, he left his Spanish homeland for exile in Bordeaux. By then he was a wreck. He was sick and all alone. The Spanish Inquisition, offended by the candor of his nude “The Naked Maja,” had pursued him for obscenity. He had witnessed, and depicted, the most searing of atrocities–murders, rapes, garrotings and the corpses stuck on spikes of the Napoleonic Wars. Seven of his children had died before reaching adulthood.

Goya made his name by flattering the Spanish aristocracy, and became the foremost court painter in Spain. However, there were two Goyas. In 1793, at the age of 47, he suffered a near-fatal illness and lost his hearing. His art changed dramatically. He began to create a series of works that would culminate in the astonishing Black Paintings (1819-23), which were unlike anything that had come before. They were visions of hell, painted straight on to the walls of his Deaf Man’s Villa on the outskirts of Madrid.

Francisco Goya produced nothing more abrasively modern than the series of 14 images known as the Black Paintings. Even today, these nightmarish visions can unmoor you. An ancient crone grins ghoulishly over a bowl of food; a demonic figure whispers in the ear of a stooped old man; a midnight coven surrounds a goat-headed sorcerer; a dog raises its head forlornly; and, most famous of all, a raggedy-bearded man with bulging eyes devours a human form that is already reduced to red meat. 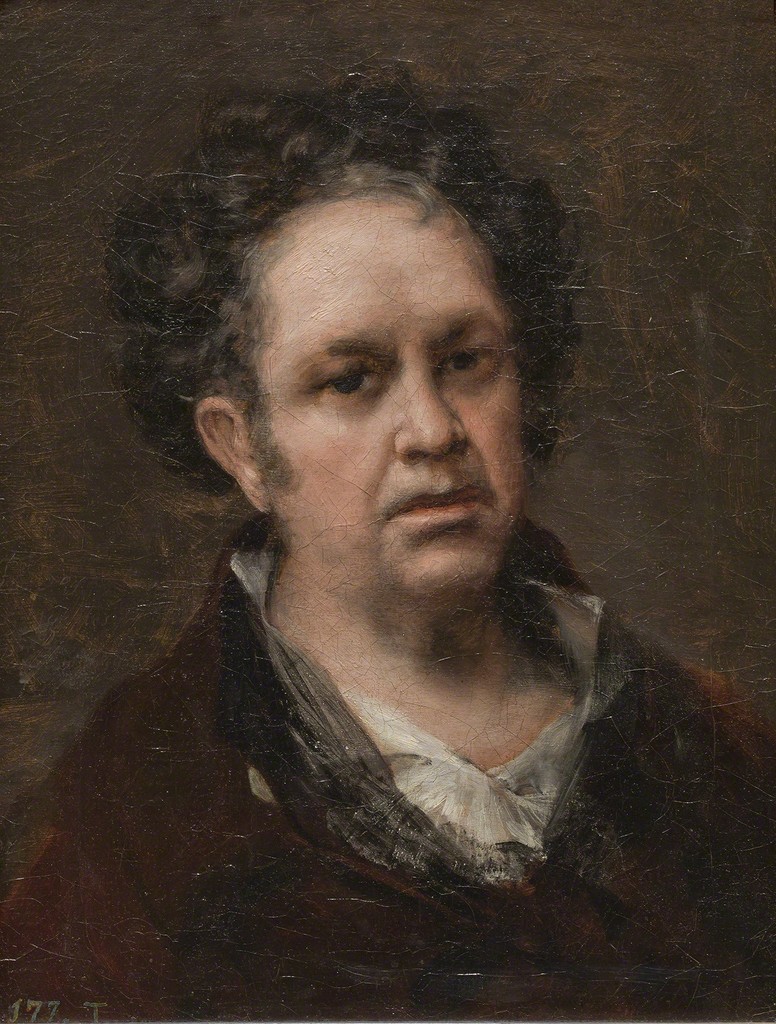