From 1886 to 1891 Gauguin lived mainly in rural Brittany (except for a trip to Panama and Martinique from 1887 to 1888), where he was the center of a small group of experimental painters known as the school of Pont-Aven. Under the influence of the painter Émile Bernard, Gauguin turned away from impressionism and adapted a less naturalistic style, which he called synthetism. In 1891, ruined and in debt, Gauguin sailed for the South Seas to escape European civilization and “everything that is artificial and conventional.” Except for one visit to France from 1893 to 1895, he remained in the Tropics for the rest of his life, first in Tahiti and later in the Marquesas Islands.

It’s often held against Gauguin that he couldn’t draw and that his figures are crudely shaped. But who cares about that when his colouring is so sumptuous? Inspired by the flat fields of unmodulated colour in Japanese prints, Gauguin cast realism aside in a quest for more profound meaning. He had no time for naturalistic appearance or the Impressionists’ shimmering evocations of it: that was too superficial. He believed, rather, in “the music of painting”, in finding a harmony of intense colours to reflect the deeper harmony of the universe.

When he arrived in Tahiti in 1891, he found that paradise had already gone. It had been corrupted by modernity: French manners, French religion. And so he had to invent a painted paradise instead, partly true and partly a synthesis of his own flights of fancy. These images of Tahiti are his finest works, and yet there are not too many of them, and they don’t ring too many changes. His paintings are a combination of naivety and sophistication. 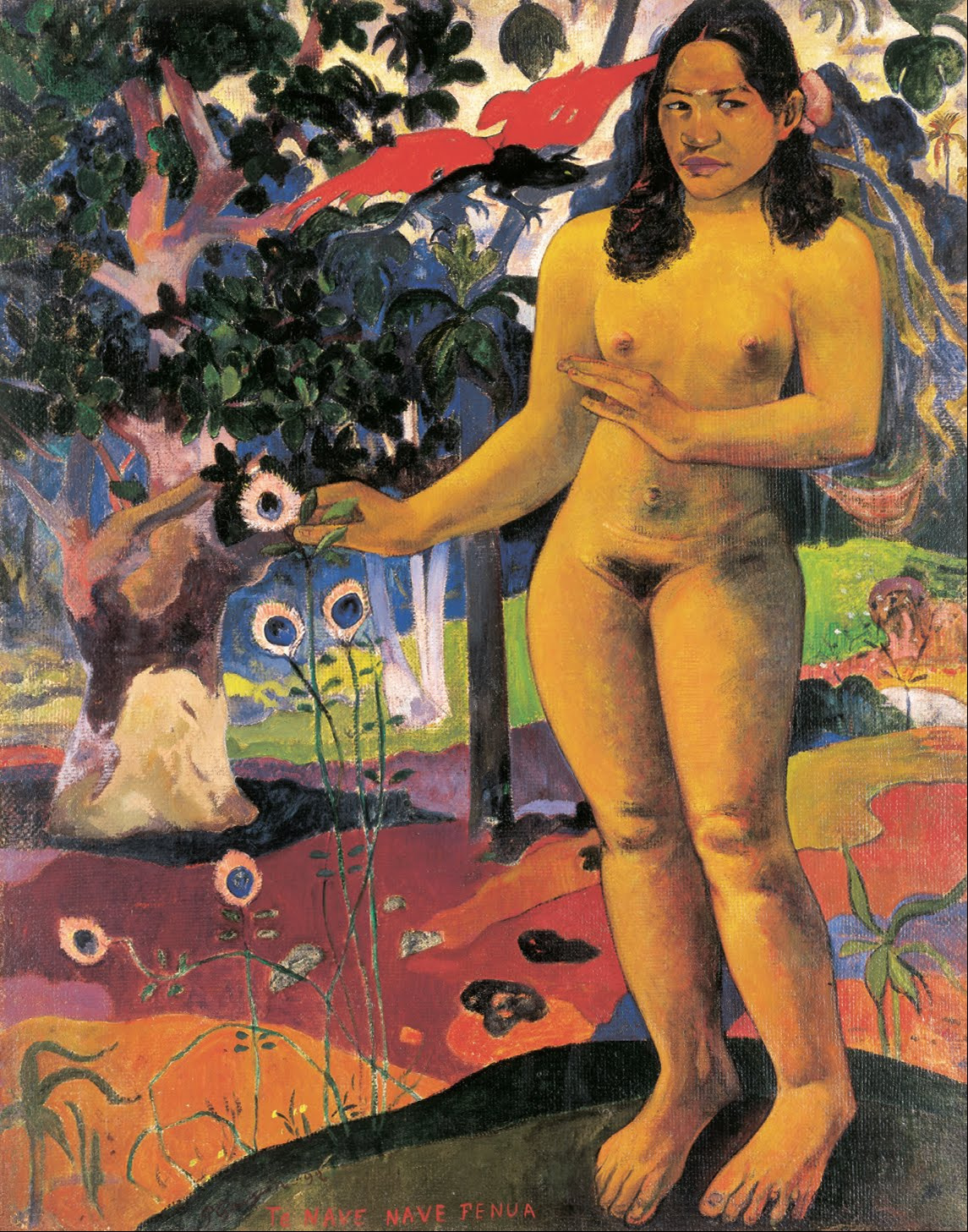