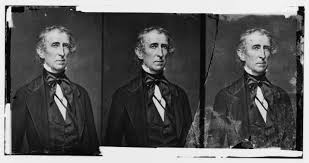 One night in April 1841, John Tyler rose from bed to find out the President of the United States was dead. The news was a big deal because Tyler had been sworn in as William Henry Harrison’s Vice President barely a month before. Harrison, who famously gave the longest inauguration speech in U.S. history to prove his stamina, had succumbed to pneumonia in just thirty days.

John Tyler is the only American president whose party expelled him while he was the president. Tyler had been a life-long Democrat who left his party to become the running mate of William Henry Harrison, a Whig, in 1840. After Tyler became the president, Whigs did not trust him. After he exercised power in ways that Whigs did not approve, they formally expelled him from the party. For the remainder of his presidency, Tyler was, as he himself said, a man “without a party.”

John Tyler fathered more children than any other president so far: eight with his first wife and seven with his second. He was the first president to marry while in office. His first wife, Letitia Christian, died in the White House in 1842. Julia Gardiner became the First Lady on June 26, 1844. Julia, at 24, was 30 years younger than Tyler. 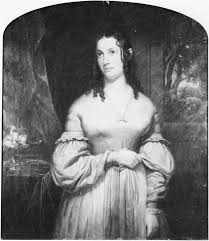 The Rose of Long Island