Doménikos Theotokópoulos was born in Crete, where he trained as an icon painter in the Byzantine tradition. He moved to Italy, and assimilated the Renaissance accomplishments of Venice and Rome. He ended up in Spain, where he got his nickname, The Greek, and turned into one of the strangest painters in the Western tradition. Today, he is revered as a primitive, eccentric, obscure genius, unlike anyone else, who ignored the appearances of the physical world to stretch, twist and simplify bodies and space in ways that are blatantly subjective and fiercely emotional. It is as a rawly expressive misfit that he has been recognised as a forerunner of modern art.

View of Toledo was centuries ahead of its time, and probably can best be compared to Vincent van Gogh’s Starry Night, 1889, which contains many of the same compositional elements (a swirling sky, overwhelming nature, a skyline dominated by a church).  But whereas van Gogh evokes the calm of a little sleeping town, El Greco’s painting captures the violence of the exterior world against an interior one. The painting displays a passionate engagement with the city where he settled, but also a distance and a foreboding; it’s as if the place is the last city on earth and stands on an apocalyptic precipice.

In the 19th century, El Greco was rediscovered by the Romantics, who valued his expressive style.  Delacroix acquired an El Greco painting, and the poet Théophile Gautier penned superlative commentaries on his work.  El Greco was equally admired by symbolists, like Baudelaire.  He was also taken up by a number of painters who were challenging the photographic realism that dominated academic painting in the mid-century: Millet, Manet, and John Singer-Seargent, among others.  One of his admirers was Cezanne, whose Bathers can be compared to the nudes in the Opening of the Fifth Seal.

Nobleman with his Hand on his Chest, 1585 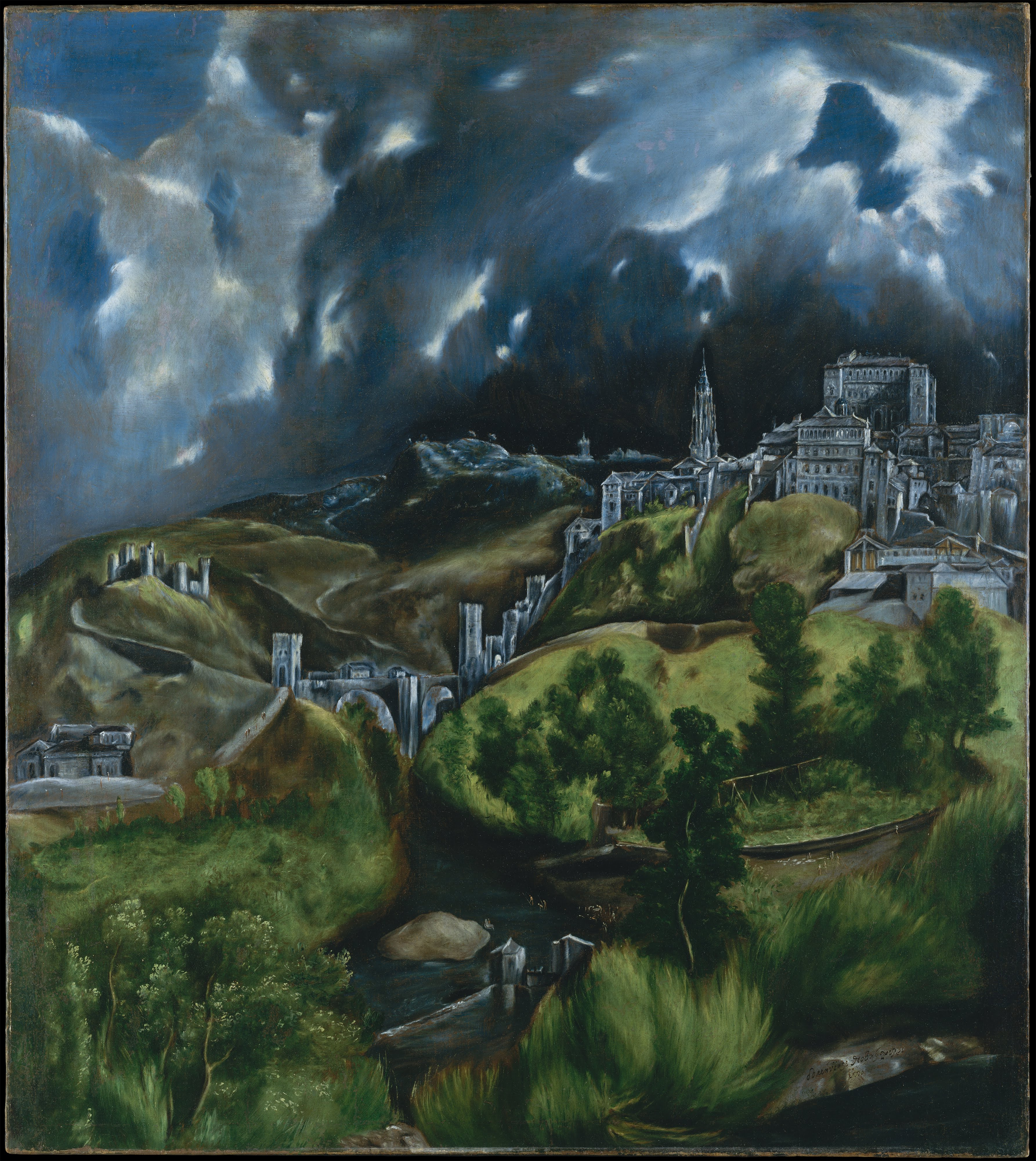