Audrey Hepburn was a rare beauty who managed to be just as graceful and captivating on the inside as she was on the outside. Her lithe dancer’s body, large dark eyes and effortlessly chic clothing have made Hepburn a fashion icon for decades, no matter how many other trends may come and go. At the same time, Hepburn‘s refined and charming personality captured her fans’ hearts, and her charity work was an important part of her life up until her final years.

With Audrey Hepburn at her most appealing, Gregory Peck at his most charismatic, and Rome at its most photogenic, Roman Holiday remains one of the most popular romances that has ever skipped across the screen.

Director William Wyler’s use of Rome is one of the best examples of how a location can become a leading character in a film: without the city’s twisted alleyways, bustling crowds, and hulking ruins, Roman Holiday would have had the visual impact of a museum diorama. The effect of using the actual city in the film was eye-popping: audiences saw not just a romance between the two lead characters but a love affair between the camera and the city. 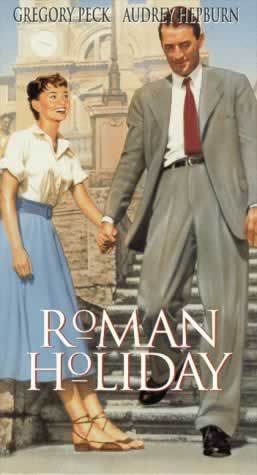