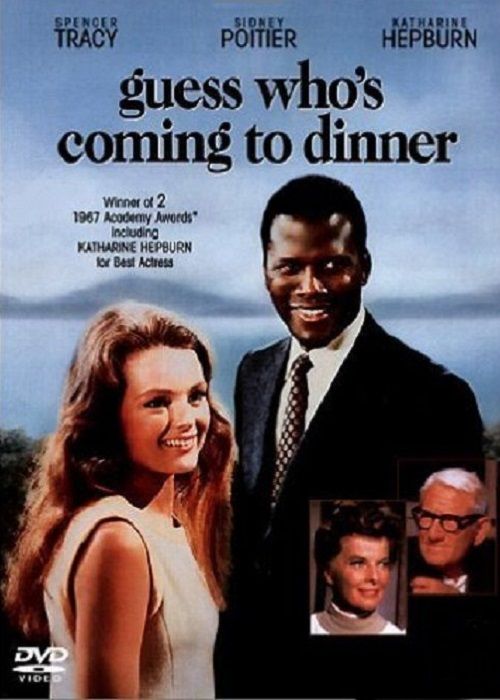 Until a only a few months before the film’s release, interracial marriage had still been illegal in many American states.

We watch a lovely couple – a black man and a white woman – get off a plane and walk through the airport together. In the background, “The Glory of Love” is playing. The couple gets their baggage and catches a cab. In the cabby’s mirror, we see the two kissing and cuddling.

In the taxi, the man, John Prentice, tells the woman, Joanna «Joey» Drayton, that he should go to a hotel to rest while she finds her parents. However, she tells him that the «sooner we get it over with, the better.» He explains to her that she may be shocked by her parents’ attitudes when they arrive. She responds that she should know her parents after 23 years, and he simply says, «I hope so.»

Guess Who’s Coming to Dinner was a considerable hit, and it paved the way for more films that specifically dealt with interracial relationships, from Spike Lee’s Jungle Fever (1991) to Todd Haynes’ Far From Heaven (2002) and Paul Haggis’s Crash (2004). The more outwardly racist objections to the union are palmed off on the film’s black characters, and particularly John’s conservative father, who’s famously told by Poitier in one scene: “You think of yourself as a coloured man. I think of myself as a man.”

The film was nominated for 10 Academy Awards, including Best Picture, and won for Katharine Hepburn and screenwriter William Rose.