The King Who Lost America

George III was born on June 4, 1738, and succeeded his grandfather in 1760, becoming the first Hanoverian monarch to be born in Britain and have English as a first language. He is perhaps the best remembered of the Georges, being nicknamed Mad King George after losing his sanity in his latter years. He is also remembered for losing the American colonies.

A father of 15 children, some historians believe his instability was caused by a hereditary physical disorder called porphyria. He died in at Windsor Castle in January 1820, after a reign of almost 60 years.

The illness was the subject of the award-winning 1994 film The Madness of King George, in which the monarch was played by actor Nigel Hawthorne.

Sophia Charlotte was the wife of King George III. Queen Charlotte and Queen Marie Antoinette  of France kept a close relationship. Charlotte was eleven years older than Marie Antoinette, yet they shared many interests, such as their love of music and the arts, in which they both enthusiastically took an interest. Never meeting face to face, they kept their friendship to pen and paper. Marie Antoinette confided in Charlotte upon the outbreak of the French Revolution. Charlotte had organized apartments to be prepared and ready for the refugee royal family of France to occupy. 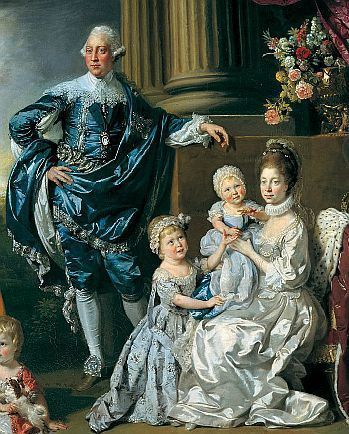