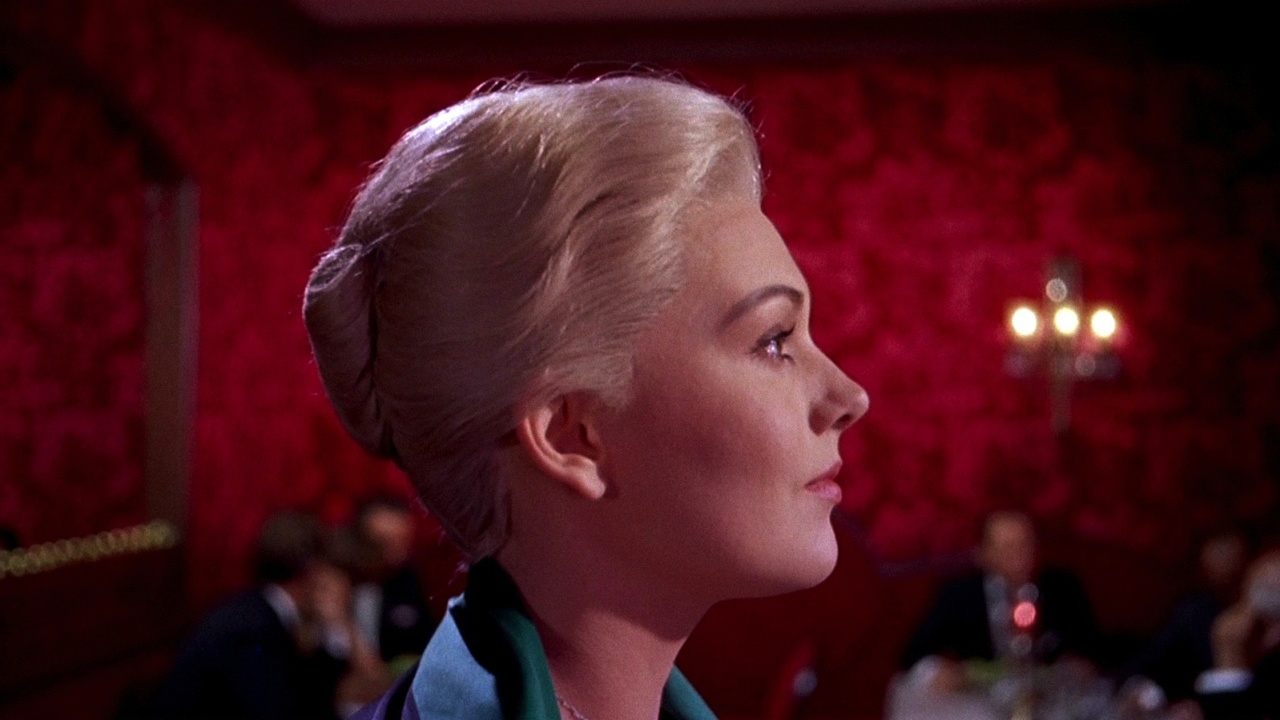 The Living and the Dead

San Francisco police detective Scottie Fergusson (James Stewart) develops a fear of heights and is forced to retire when a colleague falls to his death during a chase. An old college friend hires Scottie to watch his wife Madeleine (Kim Novak) who has reportedly become possessed by her ancestor’s spirit named Carlotta. Scottie follows her around San Francisco and is drawn to Madeleine and her obsession with death. He unwittingly becomes a figure in a complex plot, and is determined to discover the truth behind it all.

One of the world’s greatest directors, Alfred Hitchcock excelled in a variety of genres during his early British career, before moving to Hollywood in 1939. He became known as the Master of Suspense and a round dozen of his films are regarded as classics. One of them is Vertigo, the strangest, most perverse movie he ever created. It was never really popular except with the critics. But for once one can confidently say they were right.