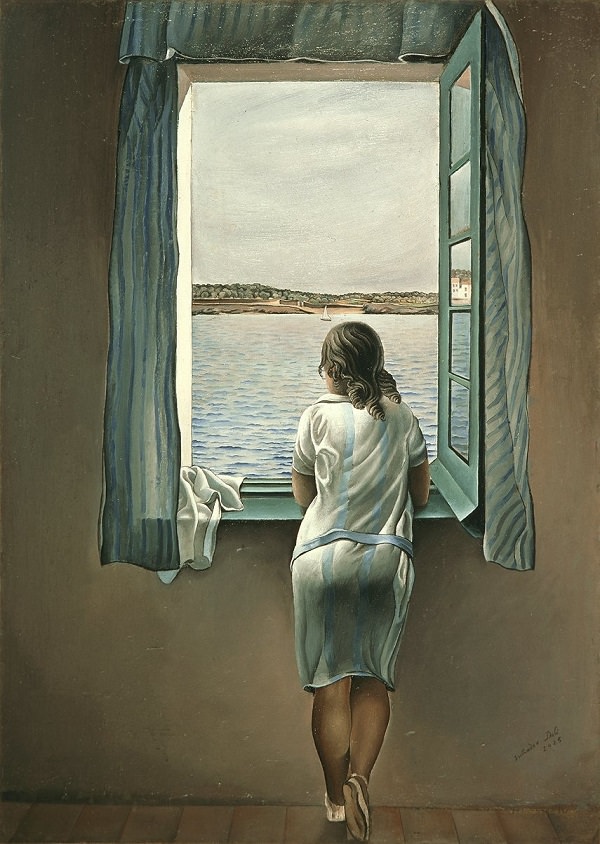 In 1925, Dalí painted “Figure at a Window,” which moves away from his impressionistic style and is a very clear representation of his little sister Ana Maria looking out at the Bay of Cadaques. Like many of his early works it features two of Dali’s favourite depictions – the Catalan coastline and a member of his family.

His free-thinking lawyer and federalist father, was a strict disciplinarian; his mother, who died when he was 16, encouraged him to indulge his passion for painting. He became rich and famous in part by public cultivation of his eccentric persona. But beyond his voracious appetite for celebrity was a serious, hardworking artist whose restless genius led him to constant re-evaluations of his aesthetic and intense curiosity about both intellectual movements and popular culture.

Dalí was a virtuoso draughtsman and his early efforts to forge a new visual language from the vogue vocabulary of Cubism and Dadaism caught the attention in the Twenties of Pablo Picasso, whom Dali adored, and fellow Catalan Joan Miró.

The climax of this first phase is the genuinely mesmerising The Persitence of Memory (1931), in which a trinity of stopwatches – each frozen on a different hour as if summoned from far-flung dimensions – melt over broken branches on some eternal shore where a sleeping face, like a wave-worn seashell, has run aground. Some suggest that the contorted visage is a surreal self-portrait.

Portrait of a Girl in a Landscape_1926 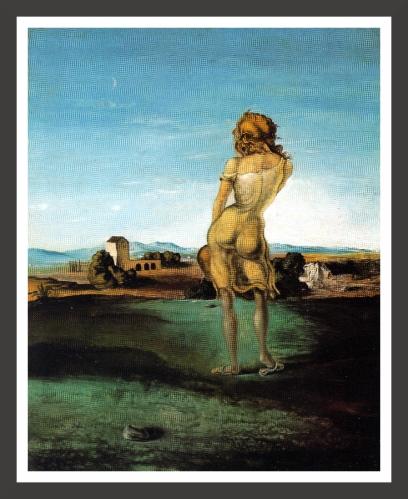 The Persistence of Memory_1931